The defining moment of class in this contest came on the stroke of half time, Reeds were on the attack in the Gosport twenty two, but conceded a penalty, the Gosport line kick was just centimetres away from being successful. However, in a moment of brilliance, Joe Moriarty, Reeds wing, clawed it back from the touchline in mid air and palmed it down to Rhys Lewis Reeds other quick winger – a gliding run with a few sizzling sidesteps took him through the G&F defence before they could react, finally checked he found back rower Dom Wooldridge 10 metres outto take a pin-point pass and crash over the line to put five points in the bag. In the early exchanges it was Gosport who had called the shots, a combination of a the stiff breeze blowing straight down the pitch in their favour and Reeds making a slow start enabled Dom Hollings the G&F fly half to bang over two long range penalties after Reeds had been pinged at the breakdown. Gosport were on the march deep in Reeds territory, and it was only the extraordinary line speed of the Reeds defence that kept those big Gosport forwards from scoring. Hollings slotted another penalty for G&F,but it was the home side who were in trouble in the tightespecially during the second quarter when they lost a man to the bin. Reeds have some deceptively destructive scrummagers up front and with the abrasive power of Kerran Beavis and Josh Brown, they shunted the bigger unfit Gosport front row and pack around for the majority of the game giving Reeds additional possession going forward. Ollie Palmer the Reeds scrum half was able to snipe around all over the place giving space forAlex Corner, the Reeds No 8, hehasguile and mesmeric quick feet as well, breaking away from the loose rucks and mauls toopen up gaps in defence, he crossed for two tries just before that important third try just before the interval by Rhys Lewis. At the change around it was Reeds who had that stiff breeze in their favour and having woken up they looked by far the better side with the home team rarely if ever getting into Reeds 22, stretching the G&F defence from one side of the park to the other. But Reeds were having problems conceding penalties at the breakdown – the one real area where G&F had a decisive advantage – allowing Hollings to convert his fourth penalty of the afternoon narrowing the lead to five points. In the midfield Billy Maddock, the Reeds skipper and Ollie Savill were hitting the defence with some eye watering charges and offloads. Joe Moriarty was at the heart of the action, he has an outstanding ability to remain on his feet in the contactcoupled with sumptuous passing skills, and it was his attack and inch perfect pass that put young Rhys Lewis away down the touchline without a hand being laid on him for the bonus point try.Gosport were now twelve points adrift and never really looked like crossing the whitewash other than through some aimless kicks through which in the difficult conditions occasionally proved hard to field against an otherwise rock solid Reeds defence. One more try would put the game out of sight for Reeds, it came from lock forward Herbie Finn, he is such a dynamic ball carrier from all parts of the park and he crossed for a decisive 5th try. Late on, skipper Billy Maddock bashed his way through the midfield and release Alex Corner on a short line to sprint in from 10 meters out and score under the sticks. It was that hat trick from the No 8 that earned him the Man of the Match Award. 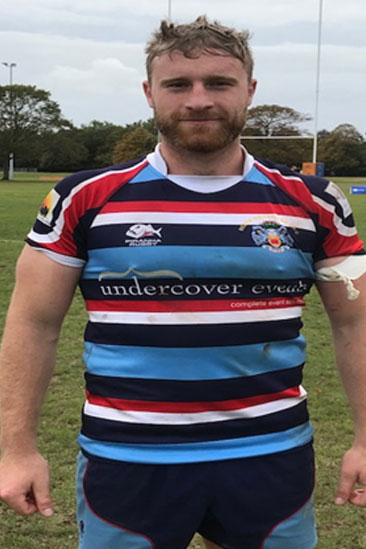 Next week Reeds are at home to Warlingham, 3:00pm kick off.